In 1899 10 acres of land was purchased jointly by the London Joint Stock Bank (LJS), National Provincial Bank of England (NP) and Union Bank of London (UBL) to be used as a sports ground for their employees. Opened on 8th July with 3 cricket squares, 6 lawn tennis courts and a bowling green, it was known as Three Banks Athletic Club.

Between 1919 and 1924 various bank mergers took place. LJS merged with London City & Midland Bank (who had just purchased a nearby sports ground) to form Midland Bank (now HSBC). The LJS ⅓ share was bought out and, fortuitously, NP and UBL banks merged and the whole ground had the one owner. With a further 7 acres acquired at the same time, the ground is as it is today and the National Provincial Bank period was ushered in. 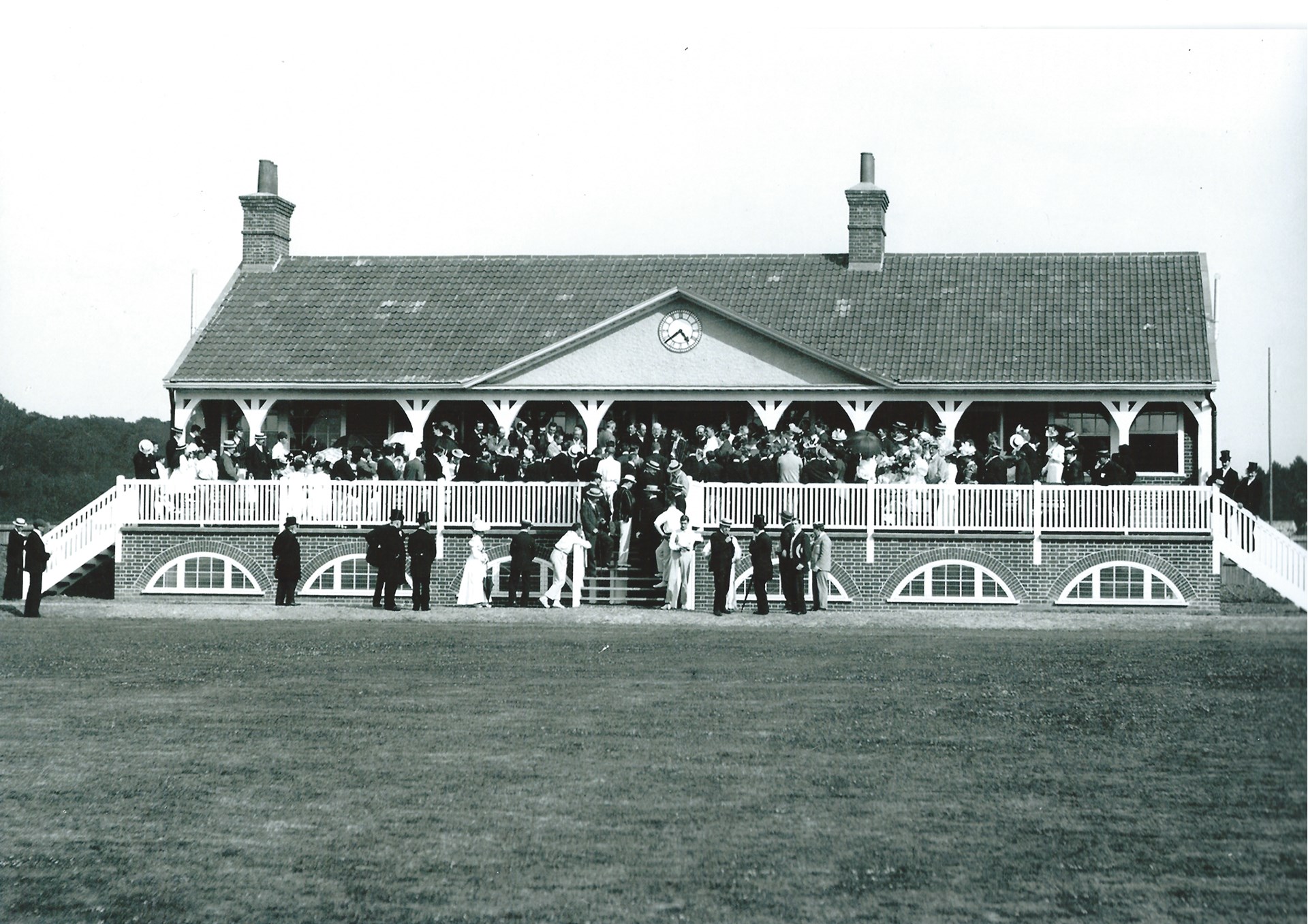 To read more of the club's history:

The Story behind the Club Badge

The Club's badge marshals some of the main features of the grants of arms of The Royal Bank of Scotland, National Provincial, Westminster, District and Coutts Banks.

Royal Bank of Scotland
Central to the badge "in base azure a thistle slipped and leaved Argent flowered of the second" [gules], taken from the coat-of-arms granted to the Bank by the Lord Lyon on 29th February 1960, representing the national colours of Scotland, signifying the Scottish origin of the parent Bank.

National Provincial
The "Bishop's Gate" was part of a pictorial representation of the Bank's address at 15 Bishopsgate in the City of London. The last gate in this location was removed in 1760 and it is interesting to note that the squirrels (suggested by the College of Arms as denoting thrift and foresight) are supporting an urn which is actually a flower pot. This has a certain significance as "The Flower Pot Inn" stood originally on the site of the entrance to the bank's city office.

Westminster
The portcullis was one of the familiar badges of Henry VII and derived from the arms of the royal City of Westminster.

District
It is thought that the gold wheatsheaf denotes Cheshire and is taken from the Grant of Arms, originally made to the Manchester and Liverpool District Banking Company in 1871.

Coutts
In the early summer of 1692 the founder of the bank, Scottish goldsmith, John Campbell, set up his business on the south side of the Strand in London near the site of the present Charing Cross Station. He adopted the "Three Crowns" as a sign, as was customary in the days before street numbers.

The "fess wavy" has triple significance. On The Royal Bank of Scotland's coat-of-arms it indicates trading along the Firth of Forth and overseas. On the Westminster Bank's coat-of-arms it has reference to the Thames as represented in the arms of the County of London and is a play on the names of "London" and "County" in the bank's former title. The fess wavy also appears on the coat-of-arms of the old Borough of Beckenham and echoing the name of the town, represents the River Beck which joins the Pool river flowing through the grounds of the Sports Club.